On the Air: On Track with Ben Rhodes

HomeOn the Air: On Track with Ben Rhodes 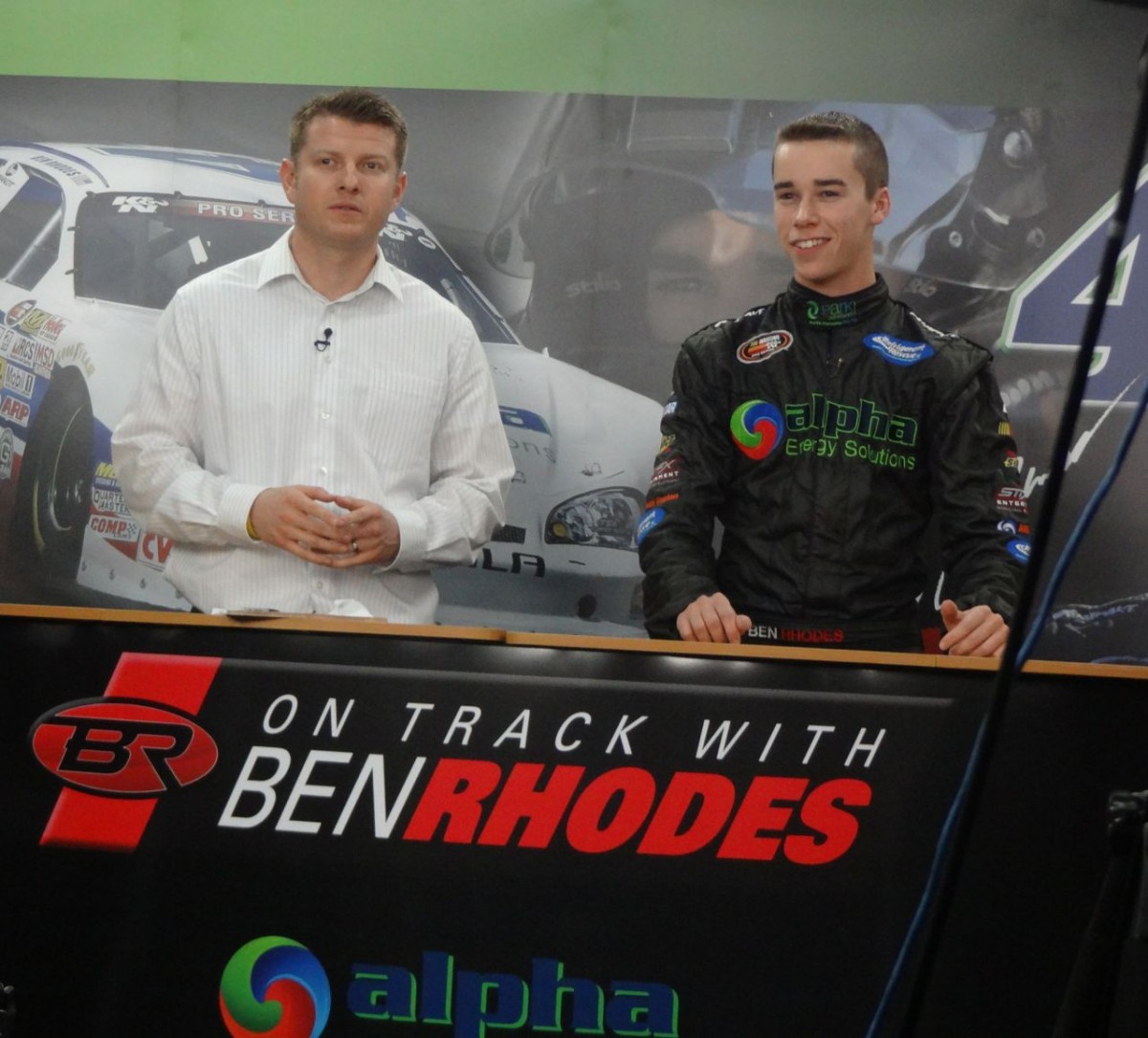 Host Kent Spencer talks with Ben Rhodes on the set.

This weekend will mark the debut of “On Track With Ben Rhodes,” a television show created and produced by the Louisville Catholic Sports Network (LCSN).

The show is co-hosted by Rhodes, the 16-year-old Holy Cross junior who will be racing full time in the NASCAR K&N Pro Series East this year. Joining him as co-host is WHAS-11 sports anchor Kent Spencer.

“It’s going to be really interesting for people to watch,” Rhodes said. “The show is really about Louisville, but the first couple of shows, we’re getting into background information about us as hosts. Then after that, we’re trying to focus on Louisville and people in the area. We’re shifting the spotlight.”

On Track with Ben Rhodes Showtimes

Or Catch Full Episodes at BenRhodes.com

The show can be seen at noon Saturdays on WBNA-21 and 2 p.m. Sundays on WBKI-34 through the last Sunday in May, when it breaks for the summer. Rhodes and Spencer chat up guests, and Rhodes also travels to local businesses and area events. The mayor’s office is one of his stops.

“As the show goes on, we’re going to have a lot of awesome people on there as guests to talk about what’s going on in Louisville,” Rhodes said, noting that Bellarmine University men’s basketball coach Scott Davenport will be a guest.

On the set, Ben answers questions with producer Paul Najjar.

This weekend’s debut of “On Track With Ben Rhodes” coincides with the start of Rhodes’ racing season. His first race of 2014 will be Sunday’s New Smyrna 150 at New Smyrna Speedway in Florida. Two days later, Rhodes will drive in the UNOH Battle at the Beach at Daytona International Speedway.

“We are excited to showcase Ben’s talents, not only as a NASCAR driver but as a student-athlete, along with his involvement in the community,” said Steve Felder, president of LCSN. “It is a unique project and one that we are extremely proud to be a part of.”