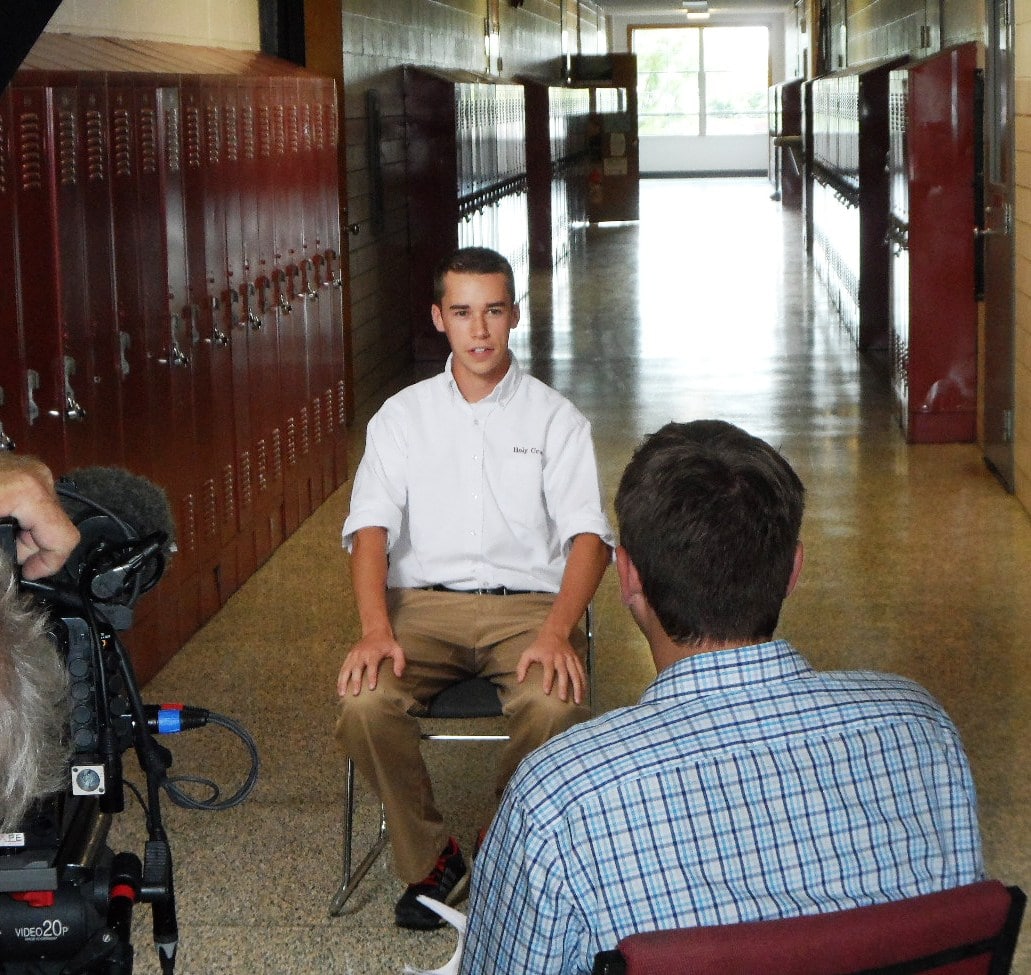 A crew from Fox Sports 1 spent Aug. 13 at Holy Cross High School, following Ben Rhodes through a typical day of high school, which included attending class and socializing with classmates. The crew also interviewed Ben’s parents, Joe and Lori, and some of Ben’s teachers.

The feature on the 17-year-old Louisville native, who will be competing in only his 3rd Truck Series race in the #32 Alpha Energy Solutions truck, will air in the pre-race coverage by the network.

It’s the big part of a busy month for Rhodes,  who just started his senior year at Holy Cross. On Aug. 15, he will be racing in the NASCAR K&N Pro Series at Virginia International Raceway in Alton, Va. Rhodes leads the Points and Rookie of the Year standings on the circuit, with just two races remaining after Virginia.

Back in Louisville Aug. 18, Ben will tape the first episode of his TV show’s fall series, On Track with Ben Rhodes, which will begin airing locally on WBNA-TV on Aug. 23. The show, co-hosted by WHAS-TV sports director Kent Spencer, premiered last winter. Previous episodes are available on Ben’s website and YouTube.

Lori Rhodes needed a little boost for an interview with Joe Rhodes during the Fox Sports 1 taping at Holy Cross High School.