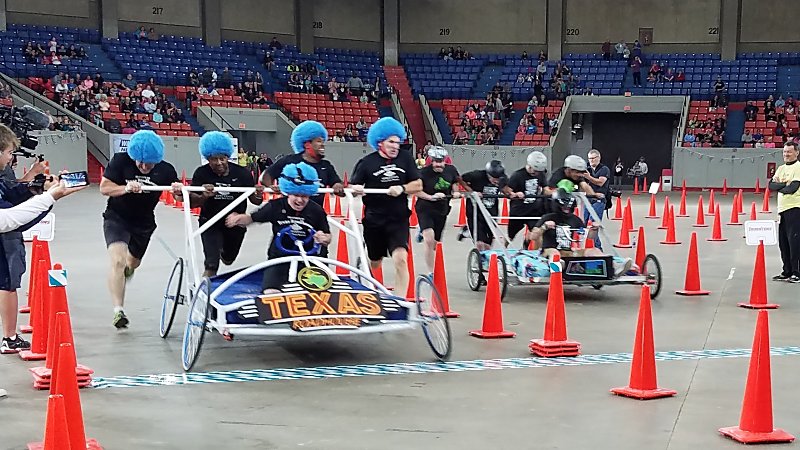 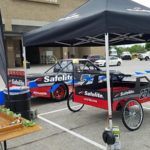 The 28th Annual Kentucky Derby Festival Great Bed Races took place on Monday, May 1, 2017, at Broadbent Arena at the Kentucky Exposition Center. After the third year of competing in the event, Alpha Energy Solutions claimed the second victory in the fun event leading up to the Kentucky Derby.

In 2015, Alpha Energy Solutions made its debut in the Great Bed Race, racing in the Champions Division with a custom bed driven by NASCAR champion and Alpha ambassador Ben Rhodes; the race-engineered bed took the checkered flag first. With another driver at the wheel, the bed returned to the podium in 2016, finishing third. 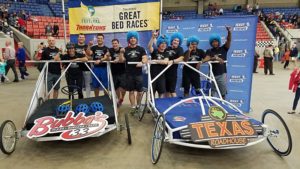 In 2017, Alpha turned the bed over to partner Texas Roadhouse to use for the event. Bringing a strong team to the race, the team was the top seed after the heat races, and in the final, went on to victory, giving two wins in three years to the Alpha bed.

Additionally, Safelite AutoGlass, a partner of Alpha and a Ben Rhodes sponsor in the NASCAR Camping World Truck Series, made their debut at the Great Bed Race with a great showing in a bed designed to look like Rhodes’ race truck. The No. 27 Safelite AutoGlass / Alpha Energy Solutions Toyota Tundra show truck was on display for attendees to check out.

The races can be seen on the WAVE 3 Facebook page here.